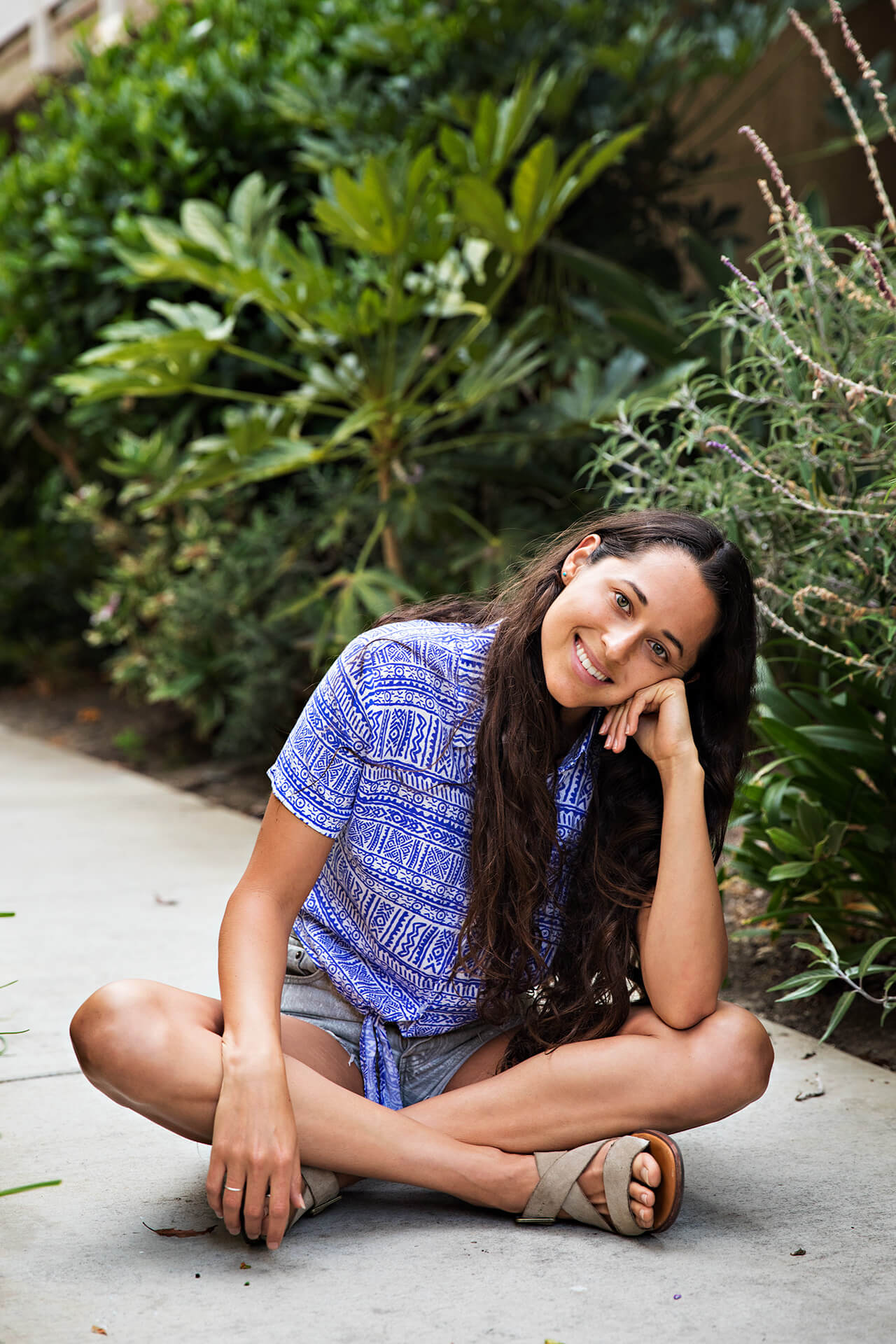 Surfing has taught me humility.

What makes me a strong woman? When I’m out in the ocean surfing.

I started surfing about 2 years ago. My boyfriend introduced me to it. He’s an avid surfer and so when we started dating, he thought “I really like this chick and wanna hangout with her but also want to keep surfing everyday,” so he taught me how to surf so he can do both. I don’t blame him now that I’ve been doing it for a while.

I was always scared of the ocean because it’s a world I was so unfamiliar with and had tons of fears in my head (like I always do) about even swimming in it. I would always stay close to shore. I was in awe of surfers when I would watch them out there catching waves and also just having that connection to the ocean that I knew I didn’t have. When I started surfing, I was in so much fear and honestly had no idea what I was doing. My boyfriend would take me out there on the smallest day (I’m talking like 1-2 foot waves) and I would just lay on my board and not catch any waves. I did that a few times and then after some time, I started catching them on my belly which felt exhilarating at the time. Then over time, I finally stood up on a wave and from there, that’s what I’ve been doing. Catching waves and enjoying the ride.

What has turned into me being terrified of waves and the ocean became something I’m now passionate about. I still get nervous before I go out there for a surf but then once I catch the first wave, I’m good. Surfing has taught me so many life lessons that has made me stronger. I personally experience a lot of fear and anxiety on a daily basis from petty little things. The thing is, when I’m out there surfing, I get pummeled and tossed around a lot that by the time I’m done surfing, it’s like the calm after the storm and so whatever else comes my way after that, it usually seems really small in comparison and I can let it go easily. It also forces me to let go of being in control. You really only have so much control out there, the ocean has pretty much all of it so if you get pummeled, you can’t fight it. You just have to go a long with it, knowing it’ll end soon. The more you resist and try and fight it, the worse it is and your more likely to get hurt that way.

Surfing forces you to act fast and not lag. When I’m out there and I see a set coming in, I have to paddle like a crazy person so that I can get past the set on time. You know that quote from Finding Nemo “just keep swimming..” I repeat that in my head but I repeat “just keep paddling…” over and over until I get past the set. It honestly works. I’m usually proud of myself when I get past a big set because my arms are burning but I don’t stop paddling. Surfing has forced me out of my comfort zone. This is a big one for me as I usually like to stay within my comfort level. Once you get up and can surf a wave down the line, then you start surfing bigger waves in new places your unfamiliar with, you maybe flirt with waking up to the nose and so on. All these things can be scary at first but, just like anything, it just takes starting there and doing it a couple times. Then you begin to ease yourself in the discomfort.

Surfing has taught me humility. Anytime I’m out there, it’s not that pretty. My hair is tangled and all over my face, I have snot running down my nose and I struggle sometimes. Honestly, at times I feel like I look like a savage but in the end, I learn to laugh it off because, again, you’re not the one with the control out there. Surfing has taught me so much and continues to surprise me with what I come back with at the end of a session. It ultimately forces me to face my fear, quite literally becoming immersed in it and staring at it in the face. I think that’s why I continue to get more and more comfortable in it and I see growth with it.

How else do you become less fearful of something if you don’t, at some point, come face to face with it? Surfing has made me stronger not only physically but also mentally, emotionally and spiritually. I usually like to offer my surf practice to the One who created the ocean, to God.

Just like everything else, the ocean doesn’t belong to me or to any of us and so we have to show respect to it and to the Creator of it. It’s helped me be able to connect to Him and to the ocean on a deeper level than I anticipated which has been very humbling.