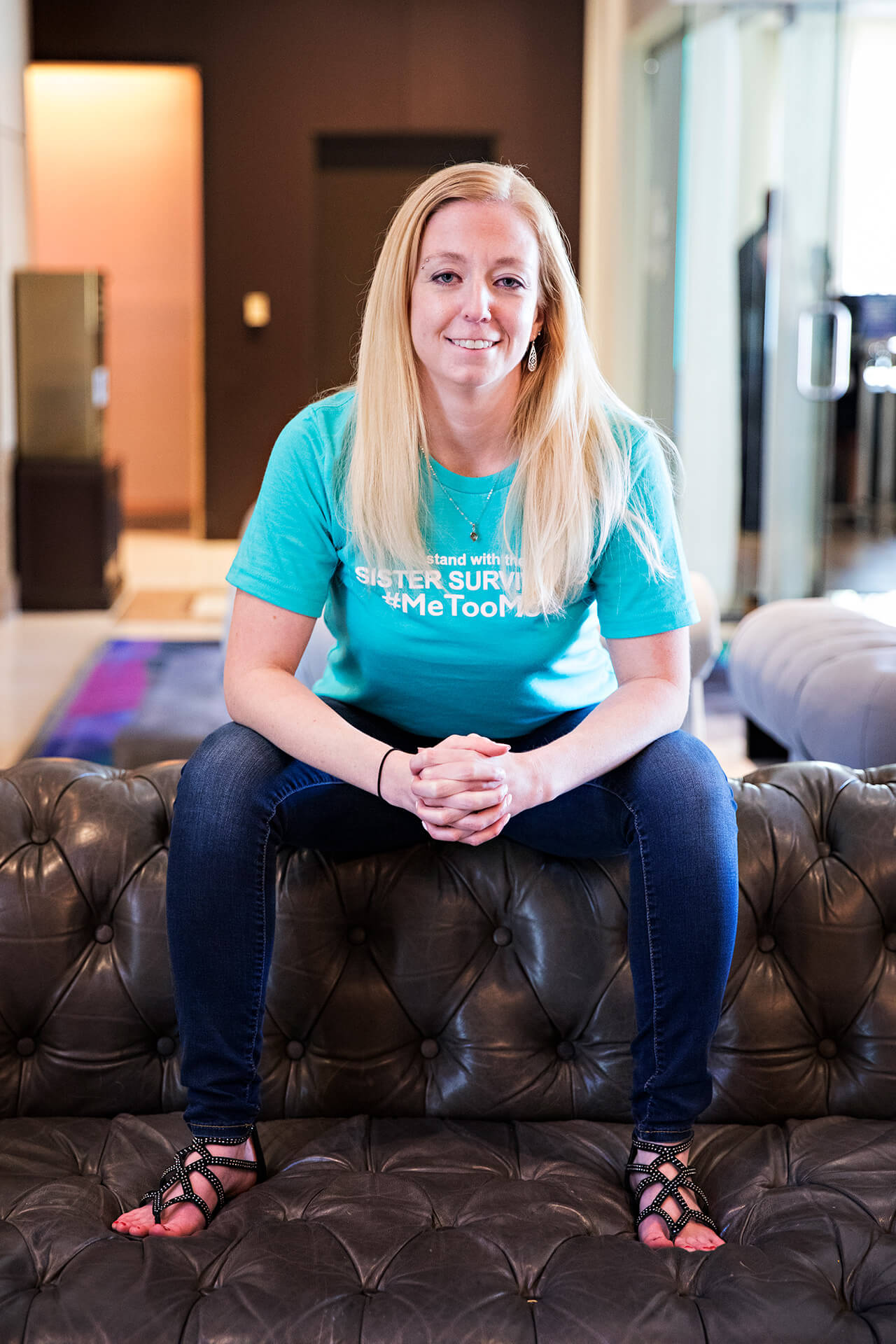 Today, I am a stronger woman because of my voice.

I am a woman, a daughter, a sister, a friend, an aunt, and a doctor.  I am a sexual assault survivor. What makes me a strong woman is the power of my voice. A voice used to speak up for myself and for the many other survivors.

A brief background: I love the sport of gymnastics.  As a child, the now banished and abusive John Geddert was my coach. I recall meeting the Korolies at the Geddert’s gym – Great Lakes Gymnastics club. The Korolies were the elite of the gymnastic world; having coached more world champions and Olympians than any other; ultimately changing the caliber of the sport.  I clearly remember the day the Korolies walked through the door and into MY gym.  I found myself closer to my dream in gymnastics than ever before.

The gym was a hostile place. As a young child, I remember running out of the back training room and straight for the bathroom where I would break down in tears, yet, I can’t recall what my tears were for.  Now, twenty-one years later, I realized that the training room was the beginning of the breeding ground for the pedophilic rain of former doctor to the Olympic gymnasts, Larry Nassar.

At 10 years of age, a back injury resulted in left leg numbness and my inability to walk – ending my gymnastics career. After my recovery and during my high-school years, the pure love of the sport drove me back into the gym at a non-competitive level.  My back problems swiftly resurfaced with unrelenting pain and I was referred to the “The” Olympic Doctor, Larry Nassar. There it is was again, the Olympic dreams in reach. Through physical pain I had ties to the Olympians, and the then unknown victims of his sexual rampage.

I saw Nassar approximately twice a week over a three year period. He performed “in-pelvic floor manipulation” to help “treat” my back pain. Something always felt wrong, embarrassing, shameful, confusing, and painful.  I wanted to speak out, but who was I?  Merely a fourteen year old little girl and he was the Olympic doctor.

Not long ago, I was returning from work and received a call from my mom.  On the other end, I simply heard, “Nassar was just arrested for child pornography and sexual abuse.”  She had no other details.  I was speechless, but upon hearing the news my immediate thought was, “This doesn’t surprise me, but why?”  “Why am I not surprised?” Then it hit me like a brick – “it was me, he abused me.”

This is my story in the most simplistic recall. During those twenty-one years I never had my own voice.  I was fearful to speak to anyone about myself and what had happened.  From the time I received the phone call from my mom confirming that my greatest nightmare had come true, to confronting Nassar in court, approximately 18 months passed.  But this time, my voice was strong – speaking out against injustice, sexism, and even sexual violence committed against others and myself.

In the past I did not have a voice, but I felt as if I was screaming into a hole of darkness where no one could possibly hear my cries for help and the horrifying memories that had been committed against me and hundreds of others.

A month prior to Nassar’s sentencing, I was unsure if I would be able to attend the court hearing.  I cannot fully understand why, but something deep inside pushed me to attend and speak out.  On January 16th, 2018, I faced my abuser and my voice was heard around the world.  That day my voice was finally heard and contributed to the downfall of the former elite doctor of Olympic gymnastics.

As a child and teenager, I viewed these individuals as larger than life.  The had power, status and glory.  What I learned was that in reality, they were manipulative, abusive, narcissistic, and leveraged all of this power and status for revolting personal gratification – and at the expense of innocent children.  I learned they were never elite at all.

It has been approximately four months since my voice was heard in court.  I continue to and will always speak up against the horrors that happened to me and other sexual assault survivors.

Today, I am a stronger woman because of my voice.